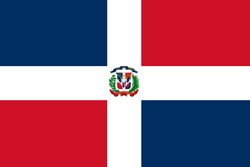 Latin American countries had seen the worst economic performance in 2015 following the onset of the recession.
Hispanics and Latin American communities contribute to around 18 % of the total population of the country.
Expert sources show that the region’s economic growth contracted by around 0.7 %.
Both Hispanic and Latino communities in the US consider religion as something significant in their lives.
After a rough 2015 and 2016, many Latin American expect nothing but growth in their economies.
The Latin American region was mostly colonized by Portugal and Spain.